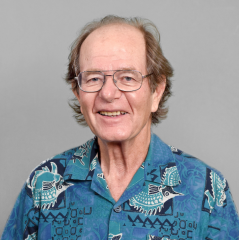 Ethnomusicologist Ted Solis has been a professor of music with ASU since 1989. His field research includes Northern India, Mexico, Hawaii, and Puerto Rico. He directs the School of Music's Latin marimba band "Marimba Maderas de Comitán" and the Javanese gamelan "Children of the Mud Volcano." His publications include "Performing Ethnomusicology: Teaching and Representation in World Music Ensembles" (Ed., University of California Press, 2004); "'You Shake Your Hips Too Much': Diasporic Values and Hawaii Puerto Rican Dance Culture," Ethnomusicology 49(1), 2005; "'The Song Is You: From External to Internal in Ethnomusicological Performance," in College Music Symposium special issue on "Ethnomusicology Scholarship and Teaching: Then, Now, and Into the Future" 54, 2014; "Marimba in Latin America," in "The Grove Dictionary of Musical Instruments," 2013; and the book "Living Ethnomusicology: Paths and Practices" (University of Illinois Press, 2019), with co-author Margaret Sarkissian.