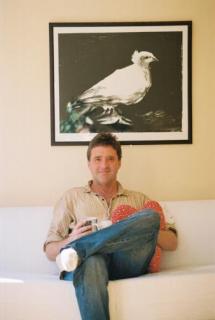 David Hawkes took his bachelor's at Oxford University, and his master's of art, master's of philosophy and doctorate at Columbia University. He is the author of seven books: "Idols of the Marketplace: Idolatry and Commodity Fetishism in English Literature, 1580-1680" (Palgrave: 2001), "Ideology" (Routledge: second edition 2003), "The Faust Myth: Religion and the Rise of Representation" (Palgrave: 2007), "John Milton: A Hero of Our Time" (Counterpoint: 2009), "The Culture of Usury in Renaissance England" (Palgrave: 2010), "Shakespeare and Economic Criticism" (Bloomsbury, 2015) and "The Reign of Anti-logos" (Palgrave: 2020). He has edited John Milton’s "Paradise Lost" (Barnes and Noble: 2004), John Bunyan’s "The Pilgrim’s Progress" (Barnes and Noble: 2005) and "The Book of Nature and Humanity" (Brepols: 2013). Professor Hawkes has published more than 150 articles and reviews in such journals as The Nation, The New Criterion, In These Times, Literature and Theology, Modernist Cultures, Clio, Cabinet, English Literary Renaissance, English Literary History  the Journal of the History of Ideas, the Journal of Interdisciplinary Economics, the Huntington Library Quarterly, Renaissance Studies, Milton Studies, Milton Quarterly, Shakespeare Quarterly, Shakespeare Studies, Critical Survey, Modern Philology and Studies in English Literature. He reviews books regularly for the Times Literary Supplement and he has appeared on National Public Radio. Professor Hawkes has held visiting appointments in Turkey, India, Japan and China. He has received such awards as a year-long fellowship from the National Endowment for the Humanities at the Folger Shakespeare Library (2002-03), and the William Ringler Fellowship at the Huntington Library (2006).