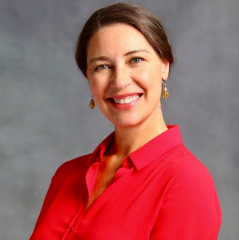 Micha Espinosa is an Arizona-based artist, activist, teacher, and voice, speech, and dialect coach. She has performed, lectured, and taught voice and speech around the world since 1992. She is a proud 30-year member of SAG/AFTRA (Former Arizona/Utah board member), and has performed in film, television, and regional theatre. As a performer, she has been privileged to work with film and theatre directors including Oliver Stone, Peter Patzak, Tina landau, Les Waters, and Aaron Landsman, among others. As a voice and dialect specialist, she has worked with regional theatre companies, such as Oregon Shakespeare Festival, The Old Globe, Southwest Shakespeare, Mixed Blood, Phoenix Theatre, and Coconut Grove Playhouse; as well as clients such as; chef and host - Lorena Garcia, network - Telemundo, and company - Hewlett Packard. She is a certified Hatha yoga instructor with an extensive background in Bikram, Kundalini, Ashtanga, and the Feldenkrais method. A senior teacher of Fitzmaurice Voicework, Micha serves on the advisory board for the Fitzmaurice Institute and is their Director of Global Outreach and trainer for the Fitzmaurice Teacher Certification. In 2020, Micha produced the globally attended Fitzmaurice Virtual Summit.   She is a Professor of Voice and Acting at Arizona State University - Herberger Institute for Design and the Arts, in the School of Music, Dance, and Theatre. She is also affiliate faculty with Arizona State University’s School of Transborder Studies and the Sidney Potier New American Film School. She served on the board for the Voice and Speech Trainers Association (VASTA) and, prior to that, was an officer for the organization for ten years. She has served as conference director or co-director for five of VASTA’s national and international conferences. She is incredibly proud to have coordinated the first bi-lingual voice conference in Mexico City and the first Asian voice and speech trainer’s conference in Singapore. As an associate editor for the International Dialects of English Archive- Micha has contributed and analyzed over twenty dialect samples from all over the globe. She has published several peer-reviewed articles in the Voice and Speech Review, the Journal for Intergroup Relations, and was a contributing author for The Politics of Actor Training published by Routledge.    She is the editor of the award-winning books Monologues for Latino Actors: A Resource Guide to the Contemporary Latino/a Playwrights and co-editor for Scenes for Latinx Actors: Voice of the New American Theatre, both published by Smith and Krause. From 2013-2017, Micha was the program coordinator and somatic educator for the actor training program in Bali, Indonesia - Bali Taksu. She is a core member of Guillermo Gomez-Peña’s performance troupe - La Pocha Nostra, and the South American female performance, empowerment, and advocacy collective -Mujeres Poderosas. Her research, performance, and scholarship examines and contextualizes the current climate with the training of actors of non-dominant groups. She is passionate about social justice in actor training, feminist and global perspectives, and the voz cultural.