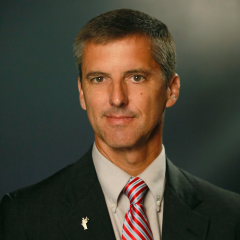 James G. Hodge, Jr., JD, LLM, is the Peter Kiewit Foundation Professor of Law at the Sandra Day O'Connor College of Law and Director of the Center for Public Health Law and Policy at Arizona State University. Through scholarship, teaching, and applied projects, Professor Hodge delves into multiple areas of health law, public health law, global health law, ethics, and human rights. Since 2010, he has served as director of the Western Region Office of the Network for Public Health Law, one of 5 centers nationally funded by the Robert Wood Johnson Foundation (RWJF). Since its inception, the office has assisted public health lawyers, officials, practitioners, students, and others across 11 states and nationally on over 4,950 claims.

Professor Hodge is a prolific scholar, having published more than 275 articles in journals of law, medicine, public health and bioethics; 2 books in public health law; 25 book chapters; and guest edited four symposium issues in the Journal of Law, Medicine, and Ethics, Jurimetrics, and the Annals of Health Law. He is regularly ranked among the top 1% of cited authors in the Social Science Research Network (SSRN).

Professor Hodge regularly publishes a column on public health law for the Journal of Law, Medicine, and Ethics. He advises numerous federal, state, and local governments on public health law and policy issues and has lectured extensively on diverse topics in international locations including Sydney, Toronto, Barcelona, Geneva, and Dublin.

Before joining the College of Law in 2009, he was professor, Johns Hopkins Bloomberg School of Public Health; adjunct professor of Law, Georgetown University Law Center; and a core faculty member at the Johns Hopkins Berman Institute of Bioethics.

Over his academic career, Professor Hodge has secured (with others) over $10 million in external funds for diverse scholarly and applied projects, including extensive work on:

He has served on several expert committees of the National Academies of Science, Engineering, and Medicine, Institute of Medicine, as well as CDC’s Advisory Committee on Policy, and is an editorial board member of the UPMC’s journal, Health Security, and the Journal of Disaster Medicine and Public Health Preparedness.