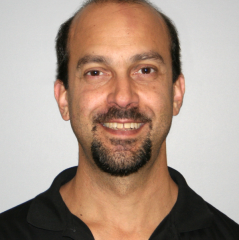 Prof. Mauskopf has a joint appointment at Arizona State University in the School of Earth and Space Exploration and the Department of Physics. His background is in primarily experimental cosmology - in particular designing and building new types of instruments for measuring signals from the most distant objects in the universe. However, he has broad interests that include solid state physics, atmospheric science and quantum communications and cryoptography. He particularily enjoys the opportunity to pursue interdisciplinary projects within the ASU community as well as collaborating with researchers at other universities and research institutions such as Caltech/JPL, University of Pennsylvania, Columbia University, NIST boulder, Cardiff University (UK) and the Neel Institute and IRAM observatory (France).

Before starting at ASU in 2012, Professor Mauskopf was a professor of experimental astrophysics at Cardiff University in the U.K. since 2000 where he helped to start a world-leading group in the area of astronomical instrumentation for terahertz (THz) frequencies.

I have a broad range of research interests including:

Our lab is dedicated to development of technologies for astronomy and cosmology, quantum sensing and quantum computation.