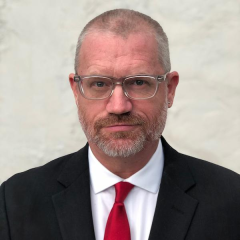 Greg Esser retired from ASU’s Herberger Institute for Design and the Arts in December, 2018. Previously, he directed three of the largest municipal public art programs in the United States: the City and County of Denver (1991-1996), the City of Phoenix (1996-2004) and Los Angeles County (2009-2011). He also worked at the national level as Public Art Manager for Americans for the Arts in Washington, D.C. (2004-2006). He is an artist and founder of the Roosevelt Row Community Development Corporation, a nonprofit organization focused on equity and community revitalization through the arts and culture in downtown Phoenix. He has preserved and restored 10 vintage or historic buildings in the Roosevelt Row Artists' District to provide studio and exhibiton space for artists and established contemporary art venues including eye lounge gallery, 515 gallery, MADE art boutique and Sixth Street Studios. Esser was appointed to serve on the transition team for former Phoenix Mayor Greg Stanton and also served on the Mayor's Sustainability Advisory Committee and the Creative Sector Task Force. He has written numerous successful grants including two ArtPlace America and two National Endowment for the Arts "Our Town" awards in addition to grants from the Annenberg Foundation, City of Phoenix Historic Preservation Office and Office of Arts and Culture, and the Arizona Commission on the Arts. He received the Phoenix Community Alliance Starr Award, 2014, the "Contemporary Catalyst" award from the Scottsdale Museum of Contemporary Art, 2009, a Governor’s Heritage Preservation Honor Award, 2009 and was named a "Diversity Champion" by the Phoenix Business Journal in 2013.