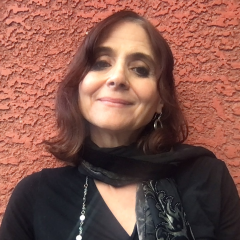 Lisa Barca is an Associate Teaching Professor and Honors Faculty Fellow in Barrett, the Honors College at ASU. Her research and teaching interests include comparative literature, rhetoric and composition, feminist theory, ecofeminism, critical media studies, and critical animal studies. Her writing appears in the peer-reviewed journals Comparative Literature and Critical Discourse Studies, literary anthologies for undergraduates including The Manifesto in Literature and The Literature of War, and popular publications such as Ms. Magazine. Her past academic awards include a Whiting Fellowship in the Humanities, a University of Chicago Franke Institute for the Humanities fellowship, and the Harvard University Extension School Reginald Phelps Prize for Academic Achievement.

Her recent research uses an ecofeminist approach the intersections of speciesism (the culturally-conditioned idea that other-than-human animals are undeserving of moral consideration) and other forms of discrimination, such as sexism, in literary texts, news discourse, advertising, and other segments of popular and consumer culture. Her methodology is grounded in critical discourse analysis, an approach that integrates rhetoric, linguistics, and social science in order to examine and critique social inequality as perpetuated in everyday language and media. She is a contributor to the volume Meatsplaining: The Meat Industry and the Rhetoric of Denial (2020, Sydney University Press).

Professor Barca earned her Ph.D. in Romance Languages and Literatures from the University of Chicago. Her dissertation mapped the intersections of scientific themes and modernist conceptions of the “sacred” in a selection of nineteenth and twentieth-century poetry and philosophical texts in four languages (Italian, French, German, and English), with special attention to the representation of the natural world and non-human animals. Before specializing in modern poetry, she researched and wrote on theatrical and political treatises by Italian Renaissance women writers.

Before joining Barrett, The Honors College, Professor Barca taught at the University of Chicago, Maricopa and Pima community colleges, and at ASU on academic writing, world literature, interdisciplinary studies, Italian language and literature, and English as a Second Language. While at Chicago she was a Lecturer and writing instructor in the humanities core, where she also served as an Assistant Director of the Writing Program. In addition to her academic work, she is currently the guitarist, main songwriter, and lead singer of the punk band Scarlet Rescue, whose music videos have garnered over 40,000 views across platforms since the band formed in 2020.