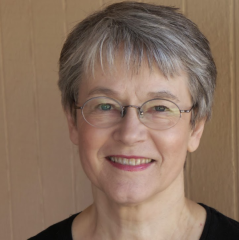 At the center of Gayle Gullett's research is a deep interest in how women construct and reconstruct identities. In her book, Becoming Citizens: The Emergence and Development of the California Women's Movement, 1880-1911, she documented how women's engagement in social movement politics shaped their understanding of citizenship and their status as citizens.  Gullett's current project, "The New Woman Negotiates Modernity: Black and White Organized Women and Newspaper Women, Los Angeles, 1912-1924," asks how members of the black and white women's movements constructed the new sexualities, understandings of citizenship and national identities that shaped modernity. To answer this question Gullett compares organized women's reluctant and censored discourse on these issues, especially sexuality, to that of local newspaper women, white and black, who spoke loudly, even sensationally, on all these topics.  By studying the conversations and relationships among black and white organized women and newspaper women, Gullett will illuminate the political dynamics of print communities and their relationship to identity construction.

Gayle Gullett mostly teaches classes that examine the history of American women in the twentieth century.  In her undergraduate classes she presents both the national history of American women since the turn of the last century and the history of women in the American West during the same time period. She teaches methods of historical research by asking students to work with documents from the women's suffrage movement.  For the senior seminar, however, Gullett focuses on a specific time period, the American home front during World War I, and encourages students to pursue whatever topic intrigues them.  For graduate students Gullett has developed a research class that focuses on gender during the progressive era, as well as a variety of reading classes that analyze gender and/or politics in modern American history.

Gayle Gullett is currently a co-editor of Frontiers: A Journal of Women Studies.  She has served as a member of the Board of Councilors of the Pacific Coast Branch of the American Historical Association and as co-chair for their 2003 program committee. She also chaired the 2005 program committee for the Western Association of Women Historians.