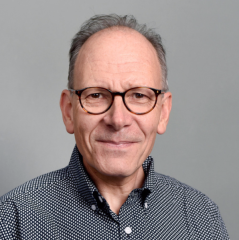 His broad interest is in comparative psychology understood to include the evolution, development and progress of the behavior of individuals and groups of nonhuman animals. The behaviors Wynne is interested in range from simple conditioning to complex cognitions.

His approach is behaviorist in his emphasis on parsimonious explanations, cognitive in his interest in rich behaviors, and ethological in his concern to see behavior as a tool in animals’ adaptation to their environments. The specific focus of ongoing research is the behavior of dogs and their wild relatives. In this domain Wynne's group studies the ability of pet dogs to react adaptively to the behaviors of the people they live with; the deployment of applied behavior analytic techniques to the treatment of problem behaviors in dogs; the behaviors of shelter dogs that influence their chances of adoption into human homes, as well as the welfare of shelter dogs; improved methods for training sniffer dogs; the development of test banks for studying cognitive aging in pet dogs; humans as social enrichment for captive canids; among others.

I’m interested in the behavior and cognition of animals in general - dogs and other canids in particular. For more info visit www.clivewynne.com