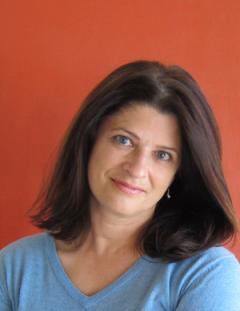 Renata Hejduk is an associate professor who teaches architectural and urban history and theory. Her research is focused on European and American avant-garde architecture and urbanism from around 1960 to the present and its development relative to culture and philosophy of that period. She also works on the relationship between Reggio-Emilia pedagogical methods and design education. Her work was most recently published in the journal Culture and Religion, a special issue of the Journal of Architecture called Architecture and Dirt, the edited volume Transportable Environments 3, Taylor and Francis, 2006, and The Nature of Dwellings: The Architecture of David Hovey, 2005, Rizzoli, NY. She co-edited (with Jim Williamson) "The Religious Imagination in Modern and Contemporary Architecture: A Reader" published by Routledge in January 2011. She is an affiliate of the Center for Nanotechnology in Society, the Barrett Honors College, and in the School of Historical, Philosophical, and Religious Studies, she is an affiliate faculty member.

She is trained and does research as both an architectural and art historian with a doctorate in architectural history and theory from Harvard University, a master's art history from Tufts University, and bachelor's from Columbia University, Barnard College. Previous to her academic career she was the assistant curator of European and Contemporary Art at the Yale University Art Gallery, and the curatorial associate in the Department of Photographs at Harvard’s Fogg Art Museum. She is the recipient of numerous professional and academic grants including a Graham Foundation Grant, and an NEH Summer Fellowship, she has presented at numerous international and national conferences.