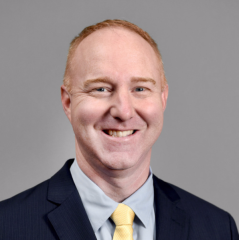 I am an author of Growth Modeling: Structural Equation and Multilevel Modeling Approaches with Nilam Ram and Ryne Estabrook, which was published by Guilford Press in 2017. The book provides extensive coverage of growth models, including linear and nonlinear trajectory models, growth mixture models, growth models with nonlinear link functions, and latent difference score models. We present and describe programming code for Mplus, OpenMx in R, NLMIXED in SAS, and nlme in R. The programming code can be found on the book's companion website.

I have three principal research interests: (1) multivariate methods for the analysis of change, (2) using multiple group and latent class models to understand divergent developmental processes, and (3) the development and application of data mining methods for psychological science.

My research in this area focuses on models for examining heterogeneity in development. The growth models allows for a specific type of heterogeneity as the variability in latent intercepts and slopes is normally distributed. Growth mixture models, a combination of the finite mixture model and growth model, allow for heterogeneity to be examined in terms of latent classes with divergent developmental trajectories. My work in this area has focused on model specification (Grimm, McArdle, & Hamagami, 2007; Ram & Grimm, 2009), the incorporation of measurement models to aid in the determination of latent classes (Grimm & Ram, 2009), modeling nonlinear trajectories with multiple latent classes (Grimm, Ram, & Estabrook, 2010; Serang, Zhang, Helm, Steele, & Grimm, 2015), and model selection (Grimm, Mazza, & Davoudzadeh, 2017).

Data mining methods are not necessarily well suited for psychological science where our statistical models involve unmeasured (latent) variables, our theories involve indirect effects, and our data have dependency due to repeated measurement or clustering. My research in this area has focused on the combination of data mining methods with statistical models used in psychological science. This work can be seen in Jacobucci, Grimm, and McArdle (2016) where regularized regression was combined with structural equation models, Serang, Jacobucci, Brimhall, and Grimm where lasso regression was incorporated into mediation models, and Grimm, Mazza, and Davoudzadeh where k-fold cross-validation was used for model selection in mixture models. We are currently working on recursive partitioning approaches for nonlinear mixed-effects models, the development of more efficient recursive partitioning algorithms for use with latent variable models, missing data algorithms for data mining methods, and the development of new recursive partitioning algorithms for psychological data.

I have been heavily involved in the dissemination and presentation of quantitative methods since receiving my Ph.D. in 2006. I have taught at the American Psychological Association’s Advanced Training Institutes on Structural Equation Modeling in Longitudinal Research and Exploratory Data Mining in the Behavioral Sciences since 2003 and 2009, respectively. I have directed these workshops since 2008 and 2015, respectively. For the past three years, I have taught a workshop, Exploratory Data Mining via SEACH Strategies, sponsored by James Morgan and taught at the University of Michigan. Finally, I have been an Associate Editor of Structural Equation Modeling: A Multidisciplinary Journal since 2012.