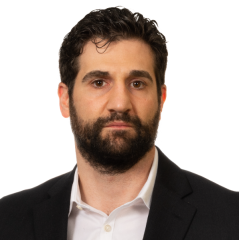 Paulo Shakarian, Ph.D. is a tenured Associate Professor at the Fulton Schools of Engineering at Arizona State University.  He specializes in artificial intelligence and machine learning – publishing numerous scientific books and papers.  Shakarian was named a “KDD Rising Star,” received the Air Force Young Investigator award, received multiple “best paper” awards and has been featured in major news media outlets such as CNN and The Economist.  Paulo also co-founded and led the startup company Cyber Reconnaissance, Inc. – which was the first commercial solution to use machine learning to predict future exploits.  The company raised over $8 million in venture capital, obtained over 80 customers, and was eventually acquired by Cyber Security Works.  Earlier in his career, Paulo was an officer in the U.S. Army where he served two combat tours in Iraq, earning a Bronze Star and the Army Commendation Medal for Valor.  During his military career, Paulo also served as a DARPA Fellow and as an advisor to IARPA.  He holds a Ph.D. and M.S. in computer science from the University of Maryland, College Park, and a B.S. in computer science from West Point.