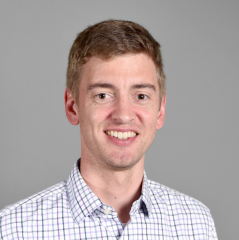 Daniel Aukes is an assistant professor in engineering at the Polytechnic School, and runs the IDEAlab. He was a Wyss Institute Postdoctoral Fellow in Technology Development at Harvard University from 2013-2015, focusing on the design and manufacturing of laminate robots in conjunction with Rob Wood and the Harvard Microrobotics Laboratory. He received his doctorate and master's degree in mechanical engineering from Stanford University in 2013 and 2009, studying the design of underactuated robotic hands under Mark Cutkosky. He worked from 2004 to 2007 as a system integration engineer across a variety of industries, focusing on manufacturing and food processing automation. He received his bachelor's degree in mechanical engineering from Northwestern University in 2004.