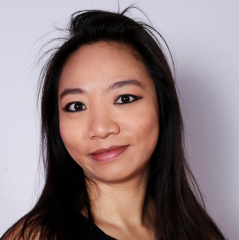 Linh Vu is an assistant professor of history in the School of Historical, Philosophical and Religious Studies at Arizona State University. Her first book, Governing the Dead: Martyrs, Memorials, and Necrocitizenship in Modern China, examines the efforts of the Chinese nation-state to record, commemorate, and compensate for military and civilian dead and how such efforts transformed social and cultural institutions. Her ongoing projects include war commemoration, virtuous citizenship, terrorism and insurgencies, and sovereignty at the turn of the twentieth century in East and Southeast Asia. Vu offers courses on such topics as violence in modern China, memories of wars, and global history. Vu serves in the undergraduate committee for the history unit and as a faculty affiliate at the Center for Asian Research.

- “Death of the Patriarch, Memory of the Martyr: The Family and the State in Modern China,” Social Lives of Dead Bodies in Modern China, Brown University, Providence (June 14-16)