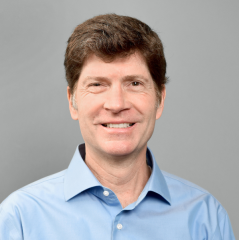 Andrew Campbell has established himself as one of the most versatile collaborative pianists in the United States with a performing career that has taken him to five continents. Recent appearances include a recital at the Johannesburg (South Africa) International Mozart Festival, a performance of the Bach d minor keyboard concerto with the Chintimini Festival Chamber Orchestra in Corvallis, Oregon, and a performance of the Stravinsky Concerto for Piano and Winds with the Arizona State University Wind Symphony. He has collaborated in recitals with such diverse artists as violinist Chee-Yun, double bassist Catalin Rotaru, flutist Thomas Robertello, bassoonist Judith LeClair, trombonist Charles Vernon, saxophonist Timothy McAllister, composer Bright Sheng, and tenor Anthony Dean Griffey. He served as opera rehearsal pianist for distinguished conductors André Previn, Plácido Domingo and Heinz Fricke, and worked closely with the composer Carlisle Floyd on several productions of his operas. Chamber music performances have taken him to important venues including Weill Recital Hall at Carnegie Hall, where The Strad and Strings magazines both hailed his performance as “excellent.” His partnership with violinist Katherine McLin in the McLin/Campbell Duo has led to performances on numerous recital series throughout the United States and Europe. Performances and master classes have taken him to renowned educational institutions, including the University of Michigan, North Carolina School of the Arts, the University of Texas - Austin, and the Conservatorio Nacional de Música of Mexico City. He has recorded several CDs on the Summit and Centaur labels, and his performance of the Rachmaninoff cello sonata with bassist Catalin Rotaru was cited for special praise by Bass World and XBass, two leading international journals. As an orchestral pianist, he has performed with many ensembles including the Phoenix Symphony, the Columbus Pro Musica Chamber Orchestra, and the San Diego Symphony, working with notable conductors including Keith Lockhart, David Effron, and Michael Christie. He has appeared as collaborative pianist at numerous international conferences, including the National Flute Association Convention, MTNA, the Society for American Music, the International Viola Congress, and multiple appearances at the International Double Reed Society, for which he has served as official pianist.

Campbell graduated Phi Beta Kappa and Pi Kappa Lambda in History and Piano from Oberlin College and Conservatory and earned his MM in Piano Performance from Indiana University. He received the Doctorate in Piano Chamber Music and Accompanying from the University of Michigan where he studied with the renowned collaborative artist Martin Katz. While at Michigan he served as Opera Coach/Continuo performer for the Opera Theater. Campbell spent several summers at the Aspen Music Festival as a fellowship pianist for the Vocal Concert Studies program and staff pianist for the violin studio of Paul Kantor. He was a national prizewinner in the MTNA Wurlitzer Collegiate Artists solo piano competition.

Campbell is currently director of the Collaborative Piano Program at the Arizona State University School of Music. Graduates of the program have gone on to successful careers in academia, opera houses, and as chamber musicians, including positions at Central Oklahoma University, the University of Arizona, Fresno State University, Utah State University, Texas A&M Kingsville, the AIMS Institute, Opera in the Ozarks, Opera Southwest, and New Orleans Opera. Current and former students are regular participants in prestigious summer festivals including Aspen, Music Academy of the West, Songfest, AIMS, Bowdoin, Round Top, and the Quartet Program.

Campbell recently completed his 7th season as assistant director and director of chamber music for the Saarburg Serenaden Music Festival (Germany) and the Vianden International Music Festival (Luxembourg), performing annually on their faculty recitals in collaboration with colleagues from the United States, Europe and the Asia. Previous positions include director of the Collaborative Piano Program at the Brevard Music Center, music staff for both the Washington National Opera and San Diego Opera, and music director and pianist for the San Diego Opera Ensemble.