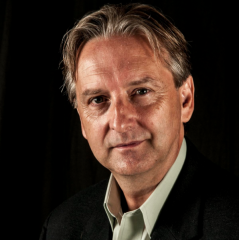 Michael Kozicki joined Arizona State University in 1985 from the semiconductor industry and is currently a Professor in the School of Electrical, Computer and Energy Engineering and Senior Global Futures Scientist. His research focuses on the development of novel materials, processes, and devices in applications ranging from information storage to supply chain security. This work has led to over 15,000 citations to date and dozens of invited talks at conferences world-wide. He has more than 65 US patents and several commercialized products, achievements which led to his election as a Fellow of the National Academy of Inventors in 2015. Dr. Kozicki is also a founder of several start-up companies, including DENSEC ID, and served as chief scientist of a Silicon Valley start-up in their pre-IPO days. He has developed entrepreneurship-infused undergraduate and graduate courses in solid state electronics and has made several television appearances to promote public understanding of science. Dr. Kozicki has extensive international ties, including Visiting Professor at the University of Edinburgh and Adjunct Professor at Gwangju Institute of Science and Technology, Korea. He was a Fulton Entrepreneurial Professor from 2016 to 2018 and received the 2019 Daniel Jankowski Legacy Award and 2019-2020 Joseph C. Palais Distinguished Faculty Scholar Award. Dr. Kozicki has also served as Interim Director of entrepreneurial programs and Director of the Center for Solid State Electronics Research in the Ira A. Fulton Schools of Engineering.