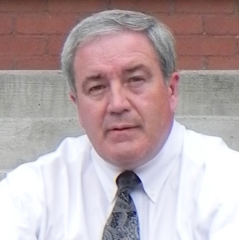 Schildgen is a national and international consultant for Educational Development, Industrial Training and the Graphic Arts Industry. He has done work for companies such as Quad Graphics, Treasure Chest Advertising, and Mannington Resilient Floors. Schildgen authored a book entitled "Pocket Guide to Color with Digital Applications" and has numerous chapters in books, and articles in educational and industry journals. He has coordinated several World Bank-funded projects with the Republic of Turkey. He has worked with the U.S. Department of Defense Dependent Schools in Germany, and has hosted an industry tour group of South Korean CEO’s. He has many different funded grants or sponsored projects. Schildgen has been involved in a curriculum for pollution prevention for the printing industry with the EPA. He was inducted into the Soderstrom Society and the Golden Cylinder Society which represent national leadership in the graphics industry. Schildgen’s current research agenda focuses on electron microscopy for quality control of new developmental diodes used in printing new sources of illumination to replace the Edison bulb and mercury fluorescent tubes.

In 2006 was one of eight national industry leaders inducted into the Soderstrom Society, a honor society of the National Printing Leadership Association. In 2012 Dr. Schildgen was inducted into the Golden Cylinder Society of the Gravure Printing industry. He is the recipient of the 2005 Illinois State University Department of Technology Distinguished Alumni Award, and he will be inducted into the Illinois State University 2015 College of Applied Science and Technology Hall of Fame. He is the recipient of the 2013 Fred Hartman Award, which is National Award of Recognition presented by the International Graphic Arts Education Association, and in 2015 Dr. Schildgen received the Fredrick D. Kagy Lifetime Achievement Award presented by the Graphic Communications Education Association.

Member of Review Board for the Journal of Visual Communications, IGAEA – 2014-16

Serve on Accreditation Board

Sample listing of Research Practicum or Projects and Thesis

Chair - Nicole A. Cassis – Master of Science in Technology - Defining Elements of a Strategic Social Media/New Media Plan for the School of Earth and Space Exploration –December 2011

Committee – Kathryn Fischer – Dissertation leading to Ph.D. in Education, The Effect of Varying text in Computer-Based Training for Adults in the Work Place, May 2003

Member - Board of Directors of the Graphic Arts Sales Foundation, Philadelphia, PA, 1990-1991.

University Director for Region V of the National Association of Industrial Technology, 1990-1991.