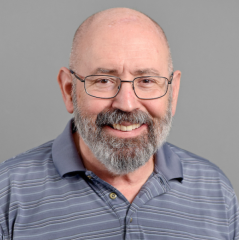 Steven Reynolds has been working on the idea that attributions of knowledge function as praise for acceptable testimony. He thinks this has interesting consequences for issues regarding the value of knowledge as compared to true belief, the nature of justification, the internalism/externalism controversy, skepticism, etc. In metaphysics he argues that the word "real" and variants mainly function to indicate that we are not merely reporting what is represented (elsewhere) to be so, but are reporting on or talking about the world. This has interesting consequences for the best ways to characterize the realism/antirealism issue and what anti-realism ought to be. In philosophy of perception he has argued for an intentionalist response to the argument from illusion and also has proposed an account of perceptual justification as involving knowing how.

Epistemology, including the nature of knowledge and justification. Skepticism. Philosophical realisms and the meaning of the word 'real'.