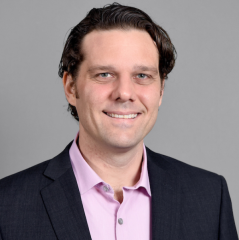 Bradley D. Ryner is the author of Performing Economic Thought: English Drama and Mercantile Writing, 1600-1642 (University of Edinburgh Press, 2014) and the co-editor, along with Darlene Farabee and Mark Netzloff, of Early Modern Drama in Performance: Essays in Honor of Lois Potter (University of Delaware Press, 2014). His teaching interests include: Shakespeare and Renaissance drama; British literature to 1700; drama as a genre; literary theory and cultural studies.

Ryner is an associate professor in the Department of English at Arizona State University.