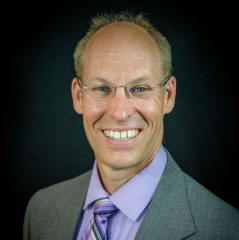 From 2004 to 2010 he authored more than 100 op-ed pieces on public policy that has appeared in places like the main pages and community editions of the Arizona Republic, East Valley Tribune, Tucson Citizen, Arizona Capitol Times, Arizona Guardian, Arizona Daily Star and other papers throughout the state.

Since then he's had fewer op-eds and more in depth policy analyses. He authored an analysis of Prop. 123 to end the education lawsuit that was passed by voters in May 2016.  He also analyzed Prop. 206 to raise the minimum wage and provided the first estimate of the revenue gains from what became Prop. 205 to legalize recreational marijuana in August 2015.

He formerly served on the board of the Tempe Community Action Agency and helped found the Grand Canyon Institute, for whom he now also serves as research director. As research director, he has also appeared on numerous public affairs programs.

He is also Arizona State University's representative at the state fiscal policy roundtable for the Western Political Science Association. Besides presenting at the annual meetings of the WPSA, his annual state budget reports are published in the Callifornia Journal of Politics and Policy.