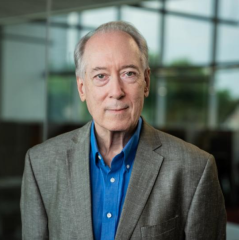 Dan Gillmor is co-founder of the News Co/Lab (http://newscollab.org) at Arizona State University's Walter Cronkite School of Journalism and Mass Communication, where he is a professor of practice. The News Co/Lab works with partners on experiments designed to improve the information ecosystem -- and counteract misinformation -- by focusing on the demand side of media. Dan teaches digital media literacy and helped develop the Cronkite School's new BA in Digital Media Literacy.

For almost 25 years, Dan was a professional journalist at newspapers in several areas of the United States. From 1994-2005 he was a columnist at the San Jose Mercury News in Silicon Valley, reporting on technology and its impact. He is the author of several books about media developments in the Digital Age, including We the Media and Mediactive, both of which have been published in a number of foreign languages. Dan has been a co-founder of, and investor in, a number of digital startups.

More about Dan at http://dangillmor.com/about --