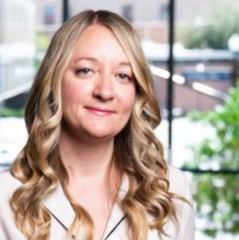 Jessica M. Salerno is an Associate Professor in the Social and Behavioral Sciences division of the New College of Interdisciplinary Arts and Sciences at Arizona State University. She is a founding member of the ASU program on law and behavioral science and a fellow of the Lincoln Center for Applied Ethics. She received her bachelor's degree in psychology from Middlebury College in 2003 and her doctorate in social psychology from the University of Illinois at Chicago in 2012.

Salerno’s research interests include several lines of inquiry that apply social psychological theory and experimentation to legal contexts. For example, she investigates (a) the effect of emotion and intergroup dynamics in legal decision making, (b) how moral outrage drives biases against stigmatized groups in ambiguous legal contexts, and (c) how jurors evaluate the quality of scientific evidence presented by expert witnesses in court. She also explores how these decision-making processes might differ for individuals versus groups. For example, she investigates how extra-legal factors influence both individual jurors’ and juries’ decisions, with a strong emphasis on the group deliberation process.

Salerno's work has been published in empirical journals and has been funded by the National Science Foundation, the American Psychology-Law Society, the American Bar Foundation, and the Society for the Psychological Study of Social Issues. She serves on the editorial board for Law and Human Behavior, and Psychology, Public Policy, & Law. She has won several research awards, including the New College for Interdisciplinary Arts and Sciences Outstanding Research Award and the American Psychology-Law Society's Saleem Shah Early Career Award.