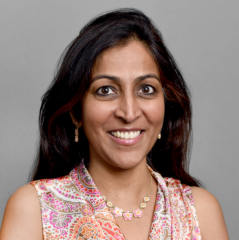 Lalitha Sankar is an associate professor in the School of Electrical, Computer and Energy Engineering at Arizona State University. She joined ASU as an assistant professor in fall of 2012. She received  a bachelor's degree from the Indian Institute of Technology, Bombay, a master's degree from the University of Maryland, and a doctorate from Rutgers University in 2007.  Following her doctorate, Sankar was a recipient of a three-year Science and Technology Teaching Postdoctoral Fellowship from the Council on Science and Technology at Princeton University, following which she was an associate research scholar at Princeton. Prior to her doctoral studies, she was a senior member of technical staff at AT&T Shannon Laboratories. Her research interests include information privacy and secrecy in distributed and cyber-physical systems, wireless communications, network information theory and its applications to model and study large data systems. For her doctoral work, she received the 2007-2008 Electrical Engineering Academic Achievement Award from Rutgers University. She received the IEEE Globecom 2011 Best Paper Award for her work on privacy of side-information in multi-user data systems. She was awarded the National Science Foundation CAREER award in 2014 for her project on privacy-guaranteed distributed interactions in critical infrastructure networks such as the Smart Grid.