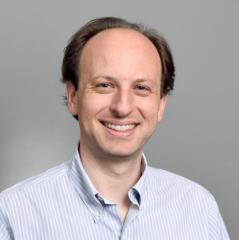 Oliver Kosut joined the School of Electrical, Computer and Energy Engineering in 2012. He received his bachelor's degree in electrical engineering and mathematics from the Massachusetts Institute of Technology, Cambridge, MA in 2004 and his doctorate in electrical and computer engineering from Cornell University, Ithaca, NY in 2010. Kosut is an associate professor in the School of Electrical, Computer Engineering at ASU. Prior to coming to ASU, he was a postdoctoral research associate in the Laboratory for Information and Decision Systems at MIT (2010-2012). Kosut received the NSF CAREER award in 2015.