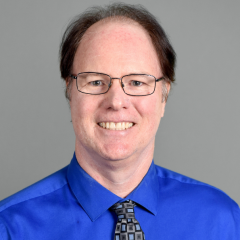 Scott Barclay is the Director of the School of Social and Behavioral Sciences in the New College of Interdisciplinary Arts and Sciences. He received his doctorate in political science from Northwestern University and his bachelor's degree from the University of Queensland in Australia.

He recently served as a Program Director in the Social Behavioral and Economic Sciences Directorate at the National Science Foundation. He has held positions at Drexel University, University of California-Los Angeles (UCLA), University at Albany, University of Washington, and U.C. Santa Cruz. His ongoing research project explores the interplay of political, demographic and social movement factors that influence the deployment of law. His research has been published in Law & Society Review, Law & Social Inquiry, Political Research Quarterly, Perspectives on Politics and Law and Policy. His research findings have been directly referenced in the New York Times, Washington Post and Los Angeles Times. He has received grants from the National Science Foundation and his research has been supported by private foundations.