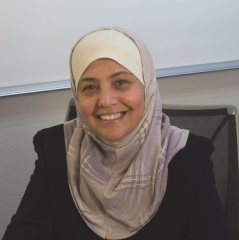 Sarah Risha is the KSA Assistant Director of Non-English Teaching Cohort and has been in the education field and enjoying it for over twenty years and counting.  She is the President elect for College of Liberal Arts and Sciences Senate. She is also a member of ASU senatoe. This provides her with unique perspective on the journey of pursuing knowledge and professional achievement; skills that she always utilizes fully to help students overcome challenges and succeed in their own personal journeys.

During working with Cisco, I developed and translated: