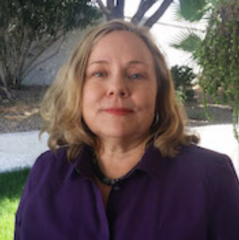 Claudia Mesch writes on developments in 20th-century and contemporary art. Her publications examine modern art's cultural exchanges across national, disciplinary, and other borders, as well as modern art's engagement with politics and with games and game structure. She is the author of many books including Joseph Beuys: The Reader, Modern Art at the Berlin Wall: Demarcating Culture in the Cold War Germanys  [See Judith Smith, "East German art not to be dismissed, professor asserts,"ASU News, May 20, 2009], Art and Politics: a Small History of Art for Social Change since 1945, and the artist biography Joseph Beuys. A Korean translation of The Beuys Reader is underway; a paperback reprint edition of Modern Art at the Berlin Wall was released in 2018.

Mesch is a founding editor of the open access e-journal Journal of Surrealism and the Americas, which has been in publication for over 15 years. A recipient of multiple research awards from the Fulbright and the D.A.A.D., conference awards from the Terra Foundation for American Art, and fellowships from the Getty Library and the Henry Moore Institute, Mesch was chosen to participate in ASU's 2008 "Last Lecture" series, a prestigious student-nominated award.

She has lectured at many museums including the Crystal Bridges Museum, the Museum of Modern Art in New York, the Heard Museum, the Art Institute in Chicago, the Phoenix Art Museum, and the Scottsdale Museum of Contemporary Art.  She is at work on several projects including: an essay on Charles Wilbert White's artistic activities in East Berlin in the 1970s; an essay on Surrealism and trauma in the work of David Chethlahe Paladin; and work on an exhibition that considers the activities of Surrrealism and Surrealists in Arizona and the greater Southwest.