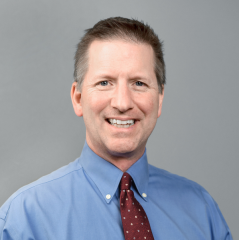 Michael Kocour is a jazz pianist, a Hammond B3 organist and composer. He also serves as Director of Jazz Studies in the School of Music at Arizona State University.

An active performer for more than three decades, Kocour has appeared at venues around the world and has been a guest on Marian McPartland's internationally syndicated NPR program "Piano Jazz." Among the many artists and ensembles with whom he has appeared with are Dizzy Gillespie, Joe Lovano, Eddie Harris, James Moody, Eddie Daniels, Randy Brecker, Benny Golson, Ira Sullivan, Carl Fontana, Dewey Redman, Lew Tabackin, and the Chicago Symphony.

“Michael Kocour, a brilliant pianist and composer. He plays with remarkable creativity and a technique to die for. Sparkling ideas fly from his fingers making harmonic sophistication the order of the day.” - Marian McPartland, November, 2007