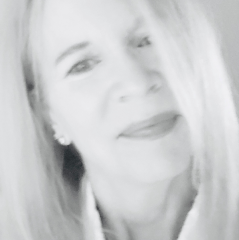 Since 2004, Angela Christie has served Arizona State University as a full-time instructor in Writing Programs within the Department of English. At ASU, she has enjoyed the vibrant exchange of ideas emerging in writing classrooms both on-campus and online. She holds doctorate, master’s, and bachelor’s degrees in English, with emphases respectively in ethnic identity, composition and rhetoric, and American literature.

Christie's doctoral work at the New Sorbonne University in Paris, France, expanded the concept of the cultural biography as defined by American anthropologist William S. Simmons of Brown University. Focusing her postdoctoral research on the impacts of environmental injustice, women and gender issues, and technologies as they pertain to indigenous cultures of North America, she explores intersections where ancient traditions, ethnic identities, colonization, and modernization collide.

Whether researching or teaching, Christie's focus returns full-circle to the subject of an endangered natural world and its impacts on the future of humanity. What kind of world are we creating for future generations? Can we change our direction? What will happen if we do not? These and other key questions of the twenty-first century are the guiding force behind the intellectual inquiry of her courses that allow students to explore in context the modern-day challenges facing the community, the state, the nation, and the world.