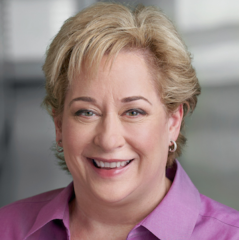 Carole FitzPatrick is an associate professor of voice at Arizona State University’s Herberger Institute for Design and the Arts School of Music.

Students of hers have participated in Young Artist Programs like Florida Grand Opera, Utah Festival, Des Moines, Seagle, Glimmerglass, Brevard and more.  She has had many students starring in national musical theatre tours, such as Frozen, Dear Evan Hansen, Amazing Grace and Suessical. Her students have sung in shows at Disney and on many cruise ships, and opera houses in Germany!

She began her professional opera career with engagements in Dortmund and Osnabrück, Germany, and then joined the ensemble of the State Theater of Nürnberg. Her extensive opera repertoire during her 17 years in Germany included Mozart, Verdi, Puccini, Strauss, and Wagner, having sung more than 60 major roles in German opera houses, including Hannover, Mannheim, Düsseldorf, Essen, and Berlin. Her concert work has been extensive as well, including concert tours in France and Spain, and performances in Finland, Austria, Holland, the Czech Republic, Luxemburg, and Russia. At its inception, Ms. FitzPatrick was a vocal advisor for the Nürnberg State Theater’s Opera Studio for Young Singers, giving both master classes and private voice lessons to the participants. She was selected by the City of Osnabrück as “Citizen of the Year” and was named by the professional magazine Opernwelt as one of its “Singer of the Year” candidates. In 2003 she sang the soprano solos in the world premiere of Peter Maxwell Davies's work "Canticum Cantorum." In 2005, she participated in the premiere performance of Wagner’s Der Ring des Nibelungen in Beijing, and in 2006 sang “Donna Anna” in Don Giovanni in the Hong Kong Festival of the Arts.

Since moving back to the United States in 2005, she has made appearances with the Chicago Chamber Musicians, the Prager Sinfoniker, the Berliner Cappella, the Salt River Brass and the Arizona State Lyric Opera Theater and Symphony Orchestra. In 2008, she created the role of “La Malinche” in the world premiere of James DeMars’ opera Guadalupe, Our Lady of the Roses, which was recorded and released by Canyon Records. Ms. FitzPatrick can also be heard on the CD “Two Plus One” (Cavalli Records), a collection of art song duets with colleagues Robert Barefield and Eckart Sellheim. In 2012 and 2014, she performed and taught at the Vianden Festival, an international chamber music festival in Luxembourg. In January 2015, FitzPatrick and Barefield, along with ASU colleague Russell Ryan on piano, released a CD called Occident Meets Orient (Albany Records). The recording explores societal attitudes and misconceptions about life in Eastern cultures through Western classical and popular music of the 19th and 20th centuries.