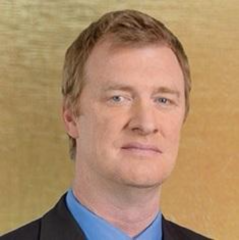 J. Chadwick (Chad) Johnson is an associate professor in the School of Mathematical and Natural Sciences in New College of Interdisciplinary Arts and Sciences. Johnson joined the ASU faculty in 2006 after serving as a lecturer in the Department of Ecology and Evolution at the University of California-Davis in 2005. He received his doctorate in biology from the University of Kentucky in 2003 and attended the University of Toronto as a National Science Foundation (NSF) International postdoctoral research fellow (2003-05). He earned his master's degree in biology at Illinois State University in 1998 and his bachelor's degree in biopsychology from Earlham College (Richmond, Ind.) in 1990.

Johnson's teaching experience prior to his arrival at ASU's West campus includes being an instructor of behavioral ecology at the University of Toronto (2004-05) and lecturer at UC-Davis (2003, 2005).

Johnson's scholarly interests include studying animal behavior at the levels of mechanisms, individuals, populations and communities, and he is particularly interested in the way in which behavioral expression - e.g., aggression level - is correlated across distinct behavioral-ecological contexts (e.g., foraging and anti-predator contexts). To this end, Johnson tracks animals through their life cycles, studying behavior in conjunction with ecological variations found in nature.

In conjunction with the Central Arizona-Phoenix Long Term Ecological Research Project, his most recent research focuses on the study of behavior and population ecology and genetics of desert-versus-urban populations of black widow spiders native to Arizona, as well as African widow species found in urban habitats of the southeastern United States and southern California.   It is Johnson's hope that by concentrating on the dynamic interaction between the behavior, ecology and population genetics of these urban infestations, the ineffectual application of pesticides can be curtailed. His research has appeared in such publications as Animal Behaviour, Behavioral Ecology, Behavioral Ecology and Sociobiology,and Ethology.

In addition to his research, Johnson teaches undergraduate labs and courses in animal behavior and ecology. In 2010, he joined the Barrett Honors faculty. Johnson has also developed a four-session curricular sequence that uses his research program with black widows to introduce middle school science students to scientific discovery.