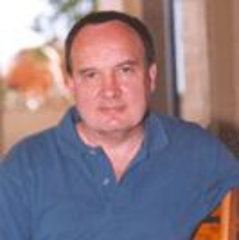 Robert C. Williams received his doctoral degree from the University of Michigan and trained as an National Institutes of Health postdoctoral fellow for two years at the Department of Human Genetics in the University of Michigan Medical School. His research areas are the genetics of American Indians, transplantation genetics, genetic epidemiology and evolution. He has collaborated with the intramural section of the National Institute of Diabetes, Digestive, and Kidney Diseases, in Phoenix, since 1979 and has participated in their research on the diabetes and genetics of the Pima Indians. He and his colleagues published the first large genetic study that supported a 3-migration model of New World occupation. Williams helped develop the HLA genetic system while a consultant director of the transplantation genetics (HLA) laboratory at Blood Systems, Inc. He participated in international HLA workshops and defined 5 new HLA genetic variants in American Indians. Recently he has participated in the development of mathematical algorithms for the estimation of individual admixture in humans and has related these estimates to the risk of diabetes and obesity in the Gila River Indian Community.

Robert Williams is now working full-time, as a Special Volunteer, for the National Institutes of Health, NIDDK, PECRB, at 1550 East Indian School Road, Phoenix, Arizona 85014. His research areas are statistical genetics and epidemiology.