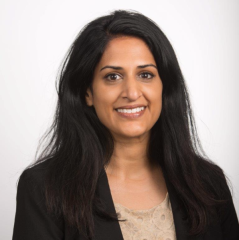 Nilanjana Bhattacharjya's research focuses on popular music, film, and visual culture from South Asia and its diasporic communities. She is affiliated with the Center for Asian Research and the South Asia Council at ASU. Her articles and essays appear in journals including Asian Music, Framework, and South Asian History and Culture as well as in the edited collections Global Bollywood: Travels of Hindi Song and Dance;  South Asian Transnationalisms: Cultural Exchange in the Twentieth Century; and Writing About Screen Media. In fall 2012, she co-edited with Peter Kvetko the first ever issue of the journal South Asian Popular Culture  devoted entirely to music.

She is presently focusing on the changing status of the film song sequence in contemporary Hindi films. She has published previously on the dancer Uday Shankar's reception in India and abroad as well on the circulation of Hindi film music, particularly in diasporic contexts. More recently she has published pieces on the circulation of Netflix India's Love Stories, the queer relationships between the fan and star in the film Fan, and writing about sound and narrative. Upcoming publications will feature music and art in London's Bangladeshi communities as well as the circulation of South Asian dance music in the diaspora.