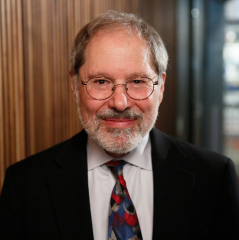 Michael Saks is a Regents Professor in the Sandra Day O'Connor College of Law and Department of Psychology at Arizona State University. He is also a faculty fellow with the Center for Law, Science and Innovation at ASU.

Professor Saks’ research interests focus on empirical studies of law and the legal system, especially decision-making in the legal process, evidence law, the law's use of science, the behavior of the litigation system, and legal policy affecting medical patient safety.

He has served as editor of the journals Law & Human Behavior and Jurimetrics, as president of the American Psychology-Law Society and chair of the Section on Law and Social Science of the AALS. Among his approximately 250 publications (including 11 books): He has been co-editor/co-author of "Modern Scientific Evidence" (five volumes) and the "Annotated Reference Manual on Scientific Evidence," and co-author of "The Psychological Foundations of Evidence Law" (2016). His article on The Behavior of the Tort Litigation System, 140 U. Pa. L. Rev. 1147 (1992), has been the most-cited tort law article in the past 25 years. His work has earned numerous awards and been cited in a number of judicial opinions, including by the U.S. Supreme Court.

Before coming to ASU in 2000, Saks was the Edward F. Howrey Professor of Law and professor of psychology at the University of Iowa, after starting his academic career at Boston College, and serving on the staff of the National Center for State Courts. Courses he has taught include criminal law, evidence, law and science, and torts. He has also taught courses in scientific evidence to appellate judges in the University of Virginia Law School’s LL.M. program for appellate judges and in Duke Law School’s “Judging Science” program, as well as to law faculty at the Georgetown University Law Center and the Ohio State University.