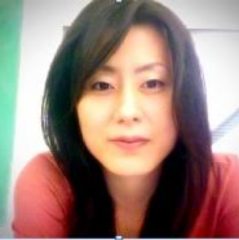 Bomi Oh has developed the curricula for a sequential first-year and second-year Korean language program as well as the corresponding materials. The curricula emphasize the communicative approach, including functional skills as well as linguistic skills through communicative, integrated and various fluency development tasks. She regularly presents at national and regional conferences and workshops. She also has been invited as a guest lecturer for several teacher-training workshops.

Oh is currently serving School of International Letters and Cultures at Arizona State University as Senior Lecturer and Lower-division Coordinator in Korean. She is actively performing as a language tester nation-wide (OPI tester, ILR OPI tester, and CEFR tester), a WPT rater, working as an ACTFL AAPPL Quality Assurance Advisor, a Korean Language Expert at the National Foreign Language Center at University of Maryland, serving International Korean Educators Network as a board memeber, and has been an evaluator for the Critical Language Scholarship since 2013. She served as a Korean Examiner at St. Olaf College (2012-2016), and Korean language program and advising coordinator at the University of Oregon (2006-2015).