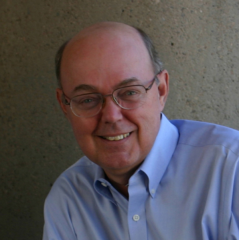 Jacques R. Giard is professor of design in The Design School. Before coming to Arizona State University, he was director of the School of Industrial Design at Carleton University in Ottawa, Canada. Professor Giard received his undergraduate education in furniture design in Montreal (1969), graduate studies industrial design (engineering) in Birmingham, UK (1971), and a docotorate from Concordia University in Montreal (1987).

Professor Giard began his professional design career in Canada with various design consultancies and manufacturers. He is the author of four books – "Design FAQs," a university textbook on basic design; "Designing: A Journey Through Time," "The Handbook of Design for Sustainability," and "The Contextual Nature of Design and Everyday Things." He also has had more than 50 articles and papers published in various journals and magazines in North America, Europe, and Asia. He was the lead design researcher with Price-Waterhouse in a $500,000 Government of Canada investigation on the Canadian design sector (1995-96).

Professor Giard was national president of the Association of Canadian Industrial Designers and a member of the organizing committee for the ICSID 97 Congress, The Humane Village. Along with several colleagues at ASU, Professor Giard has been a principal investigator in a USAID-funded project investigating design and micro-enterprises in Sonora, Mexico. He has been named Athena Professor of the Year, three times, and nominated for ASU Professor of the Year, twice.

Material culture as it appears in the artifacts of industrial design – past and present – is the prime area of scholarly interest for Professor Giard. His views on this topic were expressed in both Design FAQs and Designing: A Journey Through Time. Since the publication of The Handbook of Design for Sustainability this area of scholarly interest has become more focussed on the artifact culture of native cultures in North America and the lessons that contemporary industrial designers could learn from it.