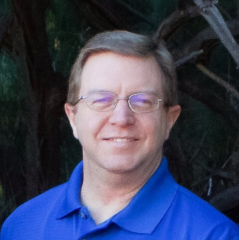 As an interdisciplinary scholar seeking integrative understanding of a wide variety of academic fields, Alden Weight has taught many varied courses at Arizona State University's Polytechnic campus. As a current social sciences and honors faculty member in the College of Integrative Sciences and Arts, Weight has most recently taught the courses Sociology of Religion (SOC 420); Science, Technology, and Culture (STS 328), Religion, Secularization, and Social Dynamics (ISS 510), and Sociology of Mass Communication (SOC 365). His past courses have included the areas of media studies and Bachelor of Independent Studies (BIS), as well as multiple topics in the ENG 375 Titans of Business series. These have included subtopics such as Facebook, Fox, ABC, NBC, CBS, Famous Entrepreneurs, Thomas Edison and General Electric. He is developing new courses for the undergraduate and graduate integrative social sciences degree programs, including ISS/STS 494, Narrative, Technology, and Society.

As a scholar, Weight is fascinated by the interface of religion with media, news, the social construction of reality, and other social institutions like the arts, politics, family, and education. His current research integrates these interests, focusing on why people choose to believe what they believe in media, religion, and politics. He is also investigating how media resonate with audiences through themes and patterns, including those found in religion, as well as how current political figures and others use religion and media to appeal to voters via framing, socialization, parasocial relationships, and interpersonal identification. He has also long found media hoaxes fascinating and sees further relevance in current debates over "fake news," conspiracy theories, and other challenges to journalism and information credibility. Weight has also participated in the Lincoln Ethics Seminar, conducted an in-depth research presentation on Orson Welles' "War of the Worlds," and is currently analyzing communication and social dynamics in several online independent political groups.

His work has been published in Teaching Ethics and in several outlets (as below) as a free-lance writer. Weight and colleague Cindy Hawkinson have recently published a text and resource guide for students, Social Change and Religious Faith. Weight's professional experience includes five years of editorial experience in journalism and curriculum development, with newspapers such as The Gazette in Cedar Rapids, Iowa and The East Valley Tribune in Mesa along with an additional stint as a curriculum editor for Flipswitch (now StrongMind) in Chandler. He has also worked 28 years as a free-lance writer and editor, doing work for clients such as the Goldwater Institute, SourcedMedia Publications in San Clemente, Calif., NCS Pearson and ACT Inc. in Iowa City, Iowa, and Fidelity Investments and Deseret Book of Salt Lake City, Utah.

In the community, he has also served as a Poly campus adviser for the Latter-day Saint Student Association. He has been an active volunteer in the Boy Scouts of America and speaks fluent French, which he learned on a church mission to the Caribbean islands of Martinique, Guadeloupe and St. Martin. He has also supported several community causes close to his former home in San Tan Valley, including public policy advocacy for water concerns and regulations as well as community building. As part of his community work, in April 2014, Weight was one of four San Tan Valley residents who intervened on behalf of the community before the Arizona Corporation Commission in the then-proposed sale of Johnson Utilities to the Town of Florence. He currently lives in Mesa, where he supports various community efforts and causes and is a current member of the NAACP.

* Religion, media, and politics, and why people believe and choose to place faith and trust in these fields

* How media, politics, religion, science, technology, and other entitities and interests participate in the social construction of reality

* Resonance in media and religion, and how politicians and religious leaders/groups benefit