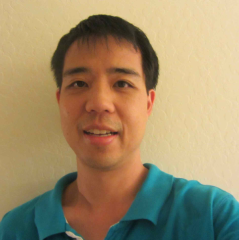 Charles T. Lee is Associate Professor of Justice and Social Inquiry in the School of Social Transformation. Working across the fields of political theory, critical theory, cultural studies, and critical citizenship studies, his research is broadly concerned with innovative formations of political agency and cultural resistance from within the global circuits of neoliberal capitalism. His first book, Ingenious Citizenship: Recrafting Democracy for Social Change (Duke University Press, 2016), investigates the everyday practices of abject subjects such as migrant domestic workers, global sex workers, and transgender people as alternative enactments of citizenship, and examines the unconventional lessons of these improvisations of citizenship for social movement activism. The book received the 2017 Transdisciplinary Humanities Book Award from the Institute for Humanities Research.

He is currently working on a new project that combines theoretical analysis with fieldwork interviews in the Asian restaurant industry in Southern California to investigate how immigrant entrepreneurs, workers, and consumers bypass conventional juridical-political channels to improvise citizenship through the everyday cultural production and consumption of ethnic food. Drawing from the perspectives of posthumanism, neo-materialism, and affect studies, this project aims to open new horizons of human-nonhuman agency and social change that are generated through the mobile nexus of globalization, migration, capitalism, sovereignty, border, and citizenship.

He also has a sustained interest in mindfulness and contemplative practices, and his future project will investigate the cultural politics of contemplative mind-body practices in the landscape of global capitalism.

Lee's writings have appeared in journals such as Theory & Event; Women's Studies Quarterly; Critical Studies on Terrorism; Peace Review; Perspectives on Politics; Contemporary Political Theory; Social Inclusion; Politics, Groups, and Identities; The Arrow: A Journal of Wakeful Society, Culture & Politics; Journal of Contemplative Inquiry; as well as the edited volumes, Routledge Handbook of Global Citizenship Studies, Core Concepts in Sociology, and The Global Citizenship Nexus: Critical Studies. He currently serves on the editorial board of the journal Citizenship Studies; the Social Justice Council at ASU's Center for Mindfulness, Compassion and Resilience; the Committee on the Status of Asian Pacific Americans in the Profession at the American Political Science Association; and the Governance Grievance Committee at the University Senate. Previously, he has also served as the Co-Chair of the Asian Pacific American Caucus (APAC) at the American Political Science Association and the Graduate Director of Justice Studies at the School of Social Transformation.