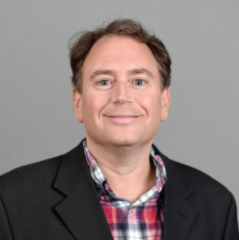 Charles Gerard Ripley III is an instructor in the School of Politics and Global Studies at Arizona State University, where he received his doctorate in 2013. His major fields of study are international relations and comparative politics with an emphasis on statistical analysis, U.S. foreign policy, international political economy, and Latin American politics. Before coming to Arizona, Charles taught for five years at the Jesuit University of Central America in Managua, Nicaragua. He continues to do field work throughout Central and South America.

Professor Ripley has published a broad range of peer-reviewed articles on global themes such the impact of privatization in Nicaragua, the role of monetary unions in South America, and Colombia's internal security. He recently finished the article "Discourse in Foreign Policy" for Oxford University Press (2017) and The Central American Court of Justice (1907-1918): Rethinking the World’s First Court (2018).  He is currently working on a book on professional career development.  His research has been cited in influential academic and policy literature such as The International Handbook of Energy Security (2013), the Central Bank of Bolivia (2014), and Asian Worlds in Latin America (2016).  Charles' articles have been cited in over ten languages.  A recent article "Venezuela, Violence and the New York Times" (2017) attracted the attention of world-famous intellectual Noam Chomsky, who lauded the research for being "very valuable."

In addition to formal study, Professor Ripley has experience beyond academic scholarship. He has worked at the U.S. Embassy's North American Cultural Center in Nicaragua, the United Nations, the Danish Embassy, and KPMG International. Professor Ripley was nominated for the ASASU Centennial Professor Award (2013) and became the first recipient of the Michael Mitchell Outstanding Teacher Award (2016). A year later, he won the prestigious College of Liberal Arts and Sciences' Outstanding Lecturer Award (2017). Earlier in his career, Professor Ripley was awarded the Outstanding Case Study Award and the Outstanding Student Award from the University of Massachusetts, Boston, where he received his master of science (2007). Currently, he serves as a senior research fellow at the Council of Hemispheric Affairs (COHA) in Washington D.C.