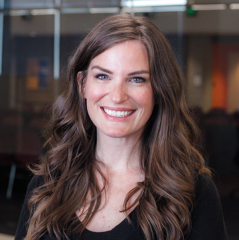 Prior to her current role, Pucci served as both associate dean and assistant dean, and before that, director of Digital Audience Programs and director of the Cronkite News social media team. Previously, Pucci directed brand journalism, social media and engagement for large national home-design and retail clients at the communications agency Manifest, formerly McMurry/TMG. She directed content strategy and execution for clients such as Bed Bath & Beyond.

Pucci has worked in magazine journalism, serving as a managing editor and later a digital editor for DRAFT Magazine. There, she directed editorial content and oversaw social media, while orchestrating print-to-web story packaging. Her work also has appeared in Robb Report, Money magazine and HGTV Magazine, among others.