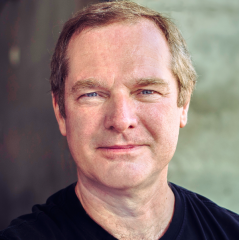 Professor Andrew Maynard is a scientist, author, communicator, and a widely recognized thought-leader in emerging technologies and the future. He is a professor in the ASU School for the Future if Innovation in Society, is the founder of the ASU Future of Being Human community, and was previously Associate Dean in the ASU College of Global Futures. His work is currently focused on what it will mean to be human in a technologically advanced future.

Professor Maynard is an elected Fellow of the American Association for the Advancement of Science, serves as co-chair of the Institute for the Advancement of Nutrition and Food Science (IAFNS) Board of Trustees, is a member of the Canadian Institute for Advanced Research President's Advisory Committee, has served on a number of National Academies of Sciences committees, and has testified before congressional committees on several occasions. Since 2008 he has worked closely with the World Economic Forum in a number of capacities, including chairing and serving on various Global Agenda Councils/Global Future Councils, and contributing to the WEF/Scientific American annual list of Top Ten Emerging Technologies.

In addition to his academic work, Professor Maynard is widely recognized for his work in science communication and engaging with diverse communities around science, technology, society and the future. He is co-host of the podcast Mission: Interplanetary, is a contributor to media platforms that span The Washington Post and The Guardian, to Slate, Discover Magazine, Scientific American and The Conversation, and produces the YouTube channel Risk Bites. He is also author of two popular books exploring technology, society and the future. His 2018 book, Films from the Future: The Technology and Morality of Sci-Fi Movies, explores ethical and socially responsible innovation through the lens of twelve science fiction movies, while Future Rising: A Journey from the Past to the Edge of Tomorrow (published in 2020) examines humanity's relationship to the future, and its responsibility to it. Films from the Future: The Technology and Morality of Sci-Fi Movies The Future of Being Human, including:

Technological Convergence and society, including:

Communication, education and engagement, including:

The Risk Innovation Lab brings together faculty, students and staff at ASU to explore new ways of approaching and acting on risks. We have eclectic interests – ranging from health, environment and well-being, to policy, governance, and responsible innovation, to equity, sustainability, and security. Underpinning everything though is the realization that, in today’s increasingly complex and interconnected world, creative and innovative approaches to risk are essential if we are to build a better, more equitable future.

The Lab has its roots in a growing realization that current ways of handling risk fall far short of emerging challenges that are being driven by social, economic, political and technological innovation. This is seen in areas such as nanotechnology and gene editing, where technological capabilities far outstrip our collective understanding of how to make smart decisions, and even what “smart” means here.

As new capabilities emerge, from autonomous vehicles and radically new transportation systems such as the “hyperloop”, to cloud-based artificial intelligence, creativity and innovation are needed in how we understand and act on decisions that are impacted by risks, benefits and tradeoffs. These challenges extend to social innovation, where changes in how we live and interact have potentially profound impacts on health, well-being and equity. The same applies to political and economic innovation, where what we can achieve as individuals and society far outstrips our understanding of potential consequences, and how to ensure they are beneficial.

Kidd, J., P. Westerhoff and A. Maynard (2021). "Survey of industrial perceptions for the use of nanomaterials for in-home drinking water purification devices." NanoImpact 22: 100320.

Kidd, J., P. Westerhoff and A. Maynard (2020). "Public perceptions for the use of Nanomaterials for in-home drinking water purification devices." NanoImpact: 100220.

Guseva Canu, I., K. Batsungnoen, A. Maynard and N. B. Hopf (2020). "State of knowledge on the occupational exposure to carbon nanotube." International Journal of Hygiene and Environmental Health 225: 113472.

Green, H. (2020). The use of YouTube by scientists. A. Maynard, Personal Communication.

Maynard, A. D. and E. Garbee (2019). Responsible innovation in a culture of entrepreneurship: a US perspective. International Handbook on Responsible Innovation. A Global Resource. R. von Schomberg and J. Hankins, Edward Elgar.

Maynard, A. (2018, September 16 2019). "It’s time for tech startups and their funders to take “orphan risks” seriously." from https://medium.com/edge-of-innovation/its-time-for-tech-startups-and-th….

National Organics Standards Board Materials Committee Comments on Proposed Recommendations for Nanotechnology in Organic Production and Processing May 2009.

U.K. House of Lords Select Committee on Science and Technology. Written evidence to the Inquiry into the use of nanotechnology in the food sector. March 2009.

U.S. House of Representatives Committee on Science and Technology, Subcommittee on Research and Science Education. Hearing on Research on Environmental and Safety Impacts of Nanotechnology: Current Status of Planning and Implementation under the National nanotechnology Initiative. Invited testimony. October 31 2007.

U.S. House of Representatives Committee on Science. Hearing on Research on Environmental and Safety Impacts of Nanotechnology: What Are the Federal Agencies Doing? Invited testimony. September 21 2006.

Nature Nanotechnology Advisory Panel, 2017 - Present Advisory group to the editor on developing content on the relationship between technology and society

Center for Nanotechnology in Society, ASU, 2012 - 2015 Member, Board of Visitors

Center for the Environmental Implications of Nanotechnology, 2009 - 2016 Chair, External Advisory Board

President’s Council of Advisors on Science and Technology, 2010 - 2012 Member of the Nanotechnology Working Group

President’s Council of Advisors on Science and Technology, 2006 - 2009 Member of the Nanotechnology Technical Advisory Group