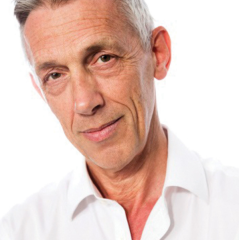 Sir Jonathan Bate joins ASU as a Foundation Professor of Environmental Humanities in Global Futures, the School of Sustainability and the College of Liberal Arts. Coming from Oxford University, where he was Provost of Worcester College, Bate is an international leader in green thinking and applied humanities, with scholarly expertise in sustainability as well as in Shakespeare and Renaissance literature, Romanticism, biography and life-writing, contemporary poetry, visual culture and theater history. He has written twenty books, many of which have won major prizes. In 2015, he became the youngest person ever to have been knighted for services to literary scholarship.

His many books include: The Genius of Shakespeare, described by RSC founder Sir Peter Hall as “the best modern book on Shakespeare;” a biography of the poet John Clare, which won Britain’s two oldest literary awards; Soul of the Age, an intellectual life of Shakespeare; prize-winning biographies of the poets Ted Hughes and William Wordsworth; an "in parallel" study of John Keats and F. Scott Fitzgerald; and Romantic Ecology and The Song of the Earth, pioneering book on poetry and the environment. He co-curated Shakespeare Staging the World, for the British Museum as part of the cultural festival during the London 2012 Olympics. He is also author of The Cure for Love, a novel inspired by the life of William Hazlitt, and the hit one-man play for Simon Callow, Being Shakespeare, which premiered on the Edinburgh Fringe prior to three runs in London's West End and transfers to New York, Chicago and Trieste.

Association for the Study of Literature and Environment

Fellow of the British Academy

Fellow of the Royal Society of Literature