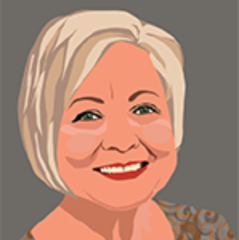 La Verne Harris was the founder and curriculum developer for the first graduate online course in Graphic Information Technology, when she was an assistant professor at Arizona State University. She then became a tenured associate professor (Computer Graphics Technology) at Purdue University in West Lafayette, Indiana. She was the founder of the IdeaLaboratory, a creative thinking, interactive, and animation research and development laboratory. She moved back to Arizona and is presently a clinical professor at ASU in the College of Integrative Sciences and Arts.