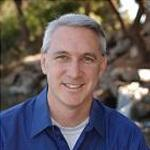 Kennedy is currently a Senior Lecturer in the technology entrepreneurship and management (TEM) program in the Polytechnic School, one of the Ira A. Fulton Schools of Engineering at Arizona State University. In addition, Dr. Kennedy is one of the founding faculty of the MS Innovation and Venture Development program, a joint partnership with FSE, WPC, and HIDA. Formerly, he was the national chair and Professor of biomedical engineering technology at DeVry University. Kennedy sat on the national Association for Medical Instrumentation (AAMI) educational committee and the American Institute for Medical and Biological Engineering (AIMBE) Academic Council. Kennedy holds a bachelor’s degree in mechanical engineering from the University of Texas at Austin in addition to master’s and doctorate degrees in Bioengineering from Arizona State University.

Mentor/ Advisor for many ASU student lead start-ups and companies via Venture Devils and externally.