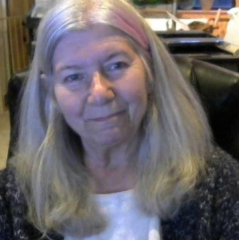 Sharon Chanley joined the faculty of the interdisciplinary and liberal studies program in 2015. However, she has been teaching since 1998 at several institutions, including at Arizona State University in the (formerly) women's studies program while she was completing her doctoral studies in public admininistration at ASU. She has taught a range of courses at the graduate and undergraduate level in the social sciences focusing in the areas of public administration and political science, especially in public policy, women and gender, and ethnic and racial studies. Before returning to Arizona, Chanley taught in the liberal studies program at the University of Illinois at Springfield where she served as a faculty member, a graduate and undergraduate student advisor, and as the director of the Credit for Prior Learning Program.

Chanley received her doctorate in public administration in 2001 from the (formerly) School of Public Affairs at ASU, as well as her Masters in Public Administration in 1996. Her dissertation was titled "Domestic Violence, Welfare, and Welfare Reform: The Family Violence Option in Arizona." Her bachelor's degree was in liberal studies from St. Edward's University's New College with a concentration in Management of Non-Profit Organizations.

Prior to her graduate work, Chanley had an extensive professional career in nonprofit management including serving as the executive director of the AZ Coalition Against Domestic Violence, the Austin Women's Center, and Planned Parenthood of Austin. She also worked at the AZ Family Planning Council, the Austin-Travis County Health Department, and served as a consultant for the U.S. Department of Health and Human Services.

On the side, Chanley owns a small business, Chanley's Creations. Her hand-crafted art dolls, including faeries and character dolls, sell at small gift shops in the central AZ mountains and at the Gallery in Williams, AZ.

She lives in Show Low, AZ with her husband, Jesse, who also teaches public administration online and their dog, Lily, and their new puppy, Rose. Both are golden retrievers. Show Low is about three and half hours north east of Phoenix along the Mogollon Rim in the center of the Sitgreaves National Forest.

Dr. Chanley's current research interests include assessment of higher education student learning and the relationship between domestic violence and women's choices regarding pregnancy especially abortion.  Her previous research has been on the relationship between domestic violence and welfare assistance and the use of social cost-benefit analysis to assess the effectiveness of battered women's shelter services.